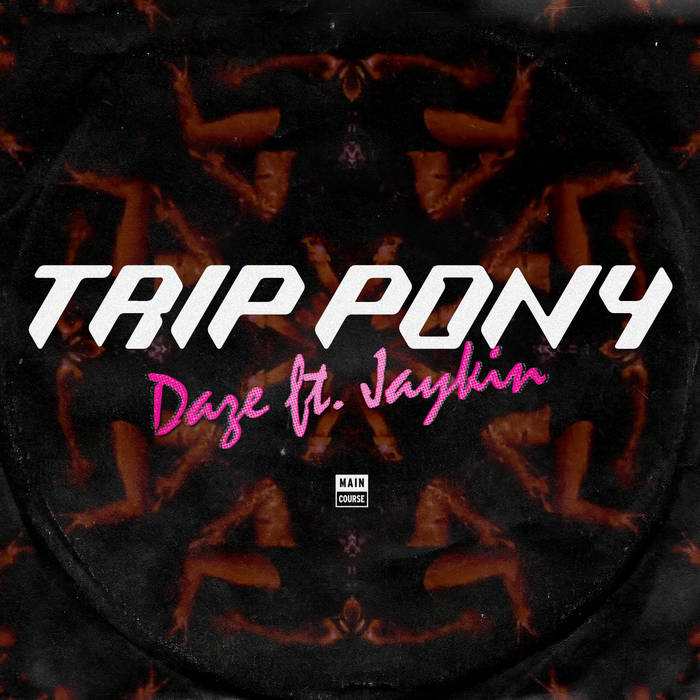 Social media is generally a perception twisting clusterfuck of noise and distraction, and you won't believe what happens next! Our friend Kutcorners posted up a track featuring Jaykin, who we hadn't hear from in a while. The clickbait worked, and we loved what we heard, noticing the track was by a young singer from New Zealand named Trip Pony. We asked around, got in touch, and the rest is archived under the watchful eye of the Big Brother, as they say. Techno-politics aside, 'Daze' instantly captures listeners of all sorts from pop radio to the R&B set, with a perfect verse at the end from the aforementioned Vancouver based Jaykin. It's absolutely something different for Main Course, and we like that about the record. It's also prime remix material, so we had to call in some big guns from around the world to put their spin on it. Australian rising starts Slumberjack deliver the remix we heard in our dreams from them. Beautiful, completely unique and refreshing, this is a modern-future masterpiece! Canadian legends Prince Club deliver a dancefloor ready bomb, channelling the chops of classic MK with a little maple syrup drizzled on top..delicious! MEDZ, a new project of New Zealand legend Dick 'Majik' Johnson keeps the tempo the same, whilst increasing the bass and adding in a head nodding swing. Vancouver band The Slow Waves deliver a lovely polished ode to Art of Noise mix, with some added bass guitar and vibe. Lots of vibe. Now, we couldn't forget the festivals, so we called in the big guns, in the form of rising star Aylen who delivers the perfect first pumping, epic chord, hand hearts in the air smasher of a remix. Join the chant of the munted punters, this mix is undeniably powerful! Bringing the package full circle, our good friend Kutcorners delivers a boom bap inspired remix with 'The Freshest' partner Marvel, it's strength in it's simplicity, allowing Trip Pony and Jaykin to shine. All vibes for all crew, let Trip Pony soundtrack your summer!

Trip Pony is the solo project of Auckland, New Zealand based singer / songwriter, Priya Sami (of The Sami Sisters). Priya encapsulates a strong female perspective citing Missy Elliot, Aaliyah and Santigold among her inspirations as well as modern day producers like Timbaland, Kanye West and Pharrell. “Daze” offers the listener a slice of R&B Dream Pop, produced by Jeremy Toy (Opensouls, She’s So Rad, Hollie Smith) and features Vancouver based MC JayKin one of Canada's strongest and best written MCs.