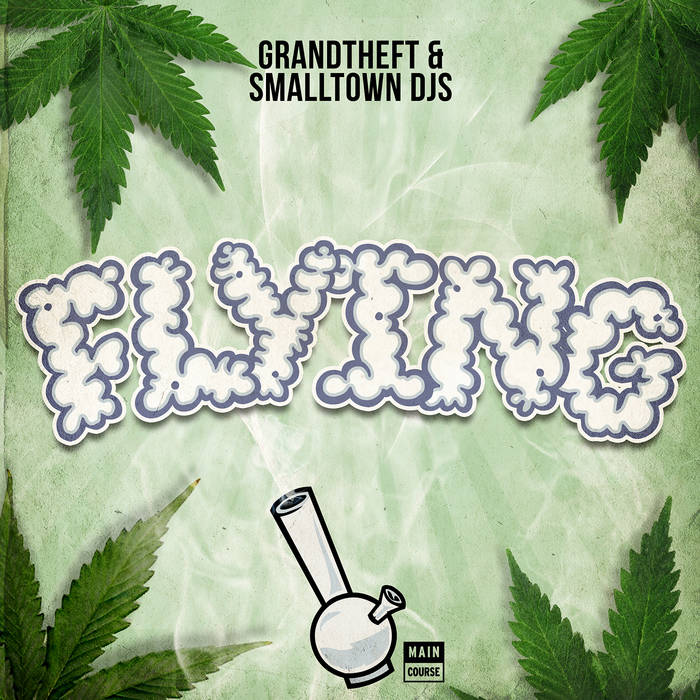 *ahem*. To quote the legendary Chris Rock... “We stay in the club, we live in the club! We even FLY in the club!” We're more than proud to showcase this raucous party jam from a Canadian trio of DJs and producers - Grandtheft and Smalltown DJs. Seriously among the best party rocking folk in the WORLD, tracks like these manage to combine the energies of their live sets into future digital form/MP3 for the betterment of all mankind. Or, at least the club, for certain. The original version was released as via 'Snacks' in October, and quickly ran up over 100,000 plays, and found it's way into the sets of folks like A-trak, Salva, The Partysquad, and Nadastrom. Returning in 2014 with a full clip, this package contains a monstrous remix from Mad Decent's ETC!ETC! - a trapped out collection of rolling percussion and half time, slicing synth melodies. rising Philly based producer 4B, and New York's Cobra Krames go big, and go bass-y, respectfully to round out the release. So lay back and take it all in young blood, Main Course got that good good.

Grandtheft is a Toronto based producer and DJ, who's been pegged as the next big thing in Electronic music. Tirelessly touring, to support releases such as the massive 'Mobbin' (Mad Decent) and his inescapable remix of 'Treat Me Right' for Keys & Krates. , Grandtheft also making his Ultra Music Festival debut in 2014, and is one of a select group of residents at Surrender Las Vegas. Smalltown DJs are a legendary party rocking duo from Calgary, Alberta. Riding the first wave of DJs that emerged from Diplo's Hollerboard site in the mid 2000s, Smalltown Djs have played shows across the globe from Fabric in London to Paris & Helsinki, across North America, and back. Recently the duo dropped 'See Thru' featuring Broken Social Scene's Lisa Lobsinger on Fools Gold Records. Together, these three are un-fadeable, so please don't try to fade this...